Cross-border payments company Instarem is recording impressive year-on-year growth, and the firm’s co-founder and CEO Prajit Nanu says he has its enterprise business to thank.

The Singapore-headquartered company began operations in 2015. Last year, Instarem handled US$1 billion to US$1.5 billion in transaction volumes and is on track to achieving US$5 billion this year, Nanu reveals. That’s about a fivefold growth. 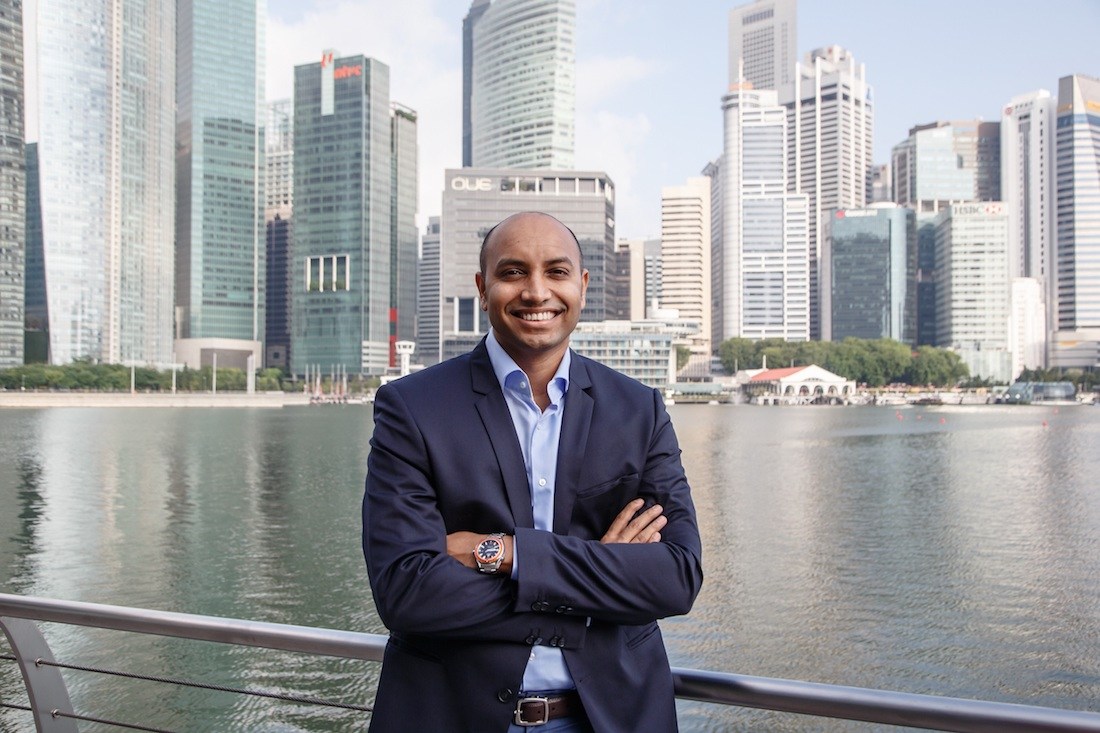 To put this in context, London-based Transferwise, a fellow player in the cross-border payments space, processed over £3 billion (US$3.6 billion) in monthly transactions in Q1 2019 and more than £4 billion (US$4.8 billion) a month in Q2. Extrapolating the latter figure, we’re looking at an annualized US$57.6 billion worth of transactions.

According to McKinsey, global cross-border payment revenue for 2017 stood at US$191 billion, indicating that cross-border fintech startups have a large potential market.

Instarem is now present in over 40 countries across Asia, North America and Europe. Its platform allows users to transfer money to more than 55 countries worldwide.

A lot of Instarem’s growth comes from B2B partnerships: “Bank businesses give you scale. Once you integrate a bank into a platform, you immediately start to see US$15 million to US$20 million of flows on a monthly basis,” Nanu says. According to him, this grows to US$100 million “fairly rapidly.”

Having integrated with Thailand banking group Kasikornbank in May, Instarem now powers cross-border payments for the bank’s customers. Nanu says the startup will announce similar partnerships in the next two months.

Banks and international money transfer giants like MoneyGram and Western Union have traditionally dominated the space despite having a reputation for their opaque fee structures But fintech startups like Instarem, Transferwise, Singapore-based M-Daq, and London-based WorldRemit are challenging the status quo.

Short for “instant remittance,” Instarem prides itself on transparent pricing and zero-margin foreign exchange (FX) rates. This means that the company quotes customers the interbank FX rate, without adding a margin to it – a standard that banks don’t practise – and instead charges a nominal transaction fee.

But why stop at remittances?

With the back-end infrastructure of consumer and bank transactions being largely similar, Nanu decided to expand the startup’s services, evolving it into a “global financial infrastructure platform” that individuals, SMEs, and financial institutions alike can tap on, says the CEO.

The biggest value Instarem brings to companies, Nanu says, is the full-stack solution and services it provides. Customers integrating with the platform will benefit from its three core products “send, spend, receive”: 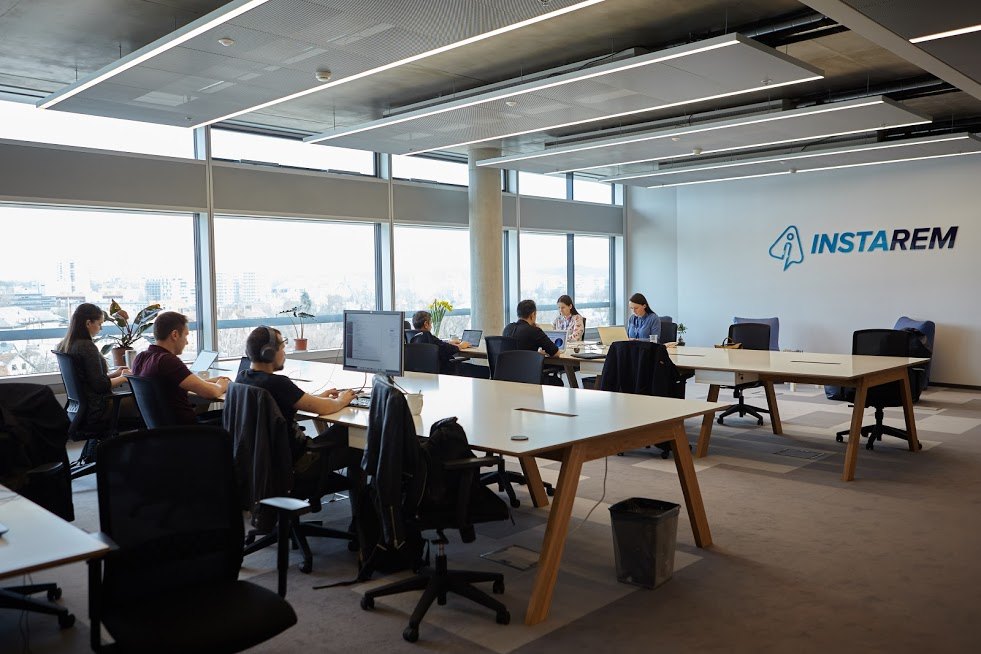 Instarem’s remittance platform charges customers a fee of 0.25% to 1% of the transaction amount, depending on which country a user is from and where they are sending to.

Nanu says the company’s spend on customer acquisition for its consumer business is relatively lower than for its enterprise business. This is because within the consumer remittance business, the company is focusing on a few markets such as India, where the market is “hyper-competitive.”

Unlike brick-and-mortar banks which have a large network of agents who serve as intermediaries in the entire money transfer process, Instarem collects money directly from a customer through their bank account and then transfers it to an account of their choice. This keeps costs low, while producing “decent enough margins” to make the business viable, says Nanu.

Instarem’s card-issuance platform, which it launched last month, draws from Visa’s payments network in Asia Pacific and allows companies to launch their own branded credit cards. Clients can offer these to their partners without having to obtain multiple local licenses or develop their own payments infrastructure.

The new platform is significant, because launching a credit card in a new market is a cumbersome and lengthy process. It requires companies to obtain a new license and find a financial institution through which they can issue payment cards. Nanu claims the process for companies looking to be involved in payments and remittances takes up to nine months in Singapore.

At the moment, Instarem charges startups a US$99 access fee per month to leverage its suite of products. But if customers want to avail of additional services, there are associated costs – the platform charges US$2 for every card issued, for example.

Instarem has publicly signaled its intention to obtain a digital banking license in its home market as part of its push to become a wholesale bank.

According to Nanu, Singapore has strong local banks offering a compelling digital onboarding process, so there are limited opportunities for Instarem to differentiate itself in the retail banking market.

What does set the startup apart, he says, is that is has a platform-centric approach that allows them to build value-added services – such as operating a digital bank – around its core product. This is unlike its competitors which are oriented purely around remittance services.

At more than US$900 billion, Asia Pacific dominates the growth in global payments revenue, accounting for nearly half of the total share.

It’s an opportunity that Instarem has been tapping. Asia – particularly Singapore, Malaysia, Australia, and Hong Kong – are its key markets. The company expects to obtain new licenses in Indonesia and Japan this year.

Instarem is on track for an initial public offering in 2022, Nanu reveals, a year later than originally planned. “It’s very key that we show continuous growth scale for multiple years before we’re able to go into that process,” he reasons, adding that he’d like to hit an annual revenue target of US$150 million before the listing takes place.

The company is now eyeing profitability by Q3 2020. “If we have to be profitable (now), we can…but what we’re focused on is growing our global business,” says the CEO.

For now, the startup is beginning its series D funding round, which Nanu expects will close by year-end.

Because Instarem is selling itself as an infrastructure platform, relationships are key. Majority of its current investors are focused on Asia and Southeast Asia, but Nanu says he will be looking for investors that can help them scale globally.

Latin America in particular is an interesting market. Its payments sector is expected to have an average annual growth of 8% over the next five years, second only to Asia Pacific, a McKinsey report found. It’s a region other payments players have set their sights on – Transferwise has had a presence in Brazil since 2016.

This year, Instarem also plans to open a regional headquarters in Latin America. It’s already in the process of applying for a license in Mexico, and is looking at new licenses in Brazil as well.